I had a genuine scare tonight. I was walking back to my hostel which is located on a quiet street off an equally quiet and dark main road. Just before I turned into the street, I saw a man opposite me. He said something to me that sounded like "you want to fuck?" I wasn't sure because I was listening to music, but it became quite clear when I turned back to see if he was following me and I saw him fiddling with his pants.

That was probably the first time during my entire time away from Singapore that I was actually quite scared. I was really glad to see another person in the vicinity and two women walking towards me. Earlier today, when I was leaving the Baths of Caracalla, I walked through a pretty quiet car park by the main road. I was walking, minding my own business, and I nonchalantly glanced at a man standing by his car - and I saw that he had his pants down and he was playing with his cock.

It was so gross. He smiled at me when he saw that I saw. The best part was, after I walked further up which was about a minute later, I turned back to see if he was still there. He wasn't. It was so bizarre that I wondered for a split second if I had I imagined it; unfortunately, it was definitely real.

I hate men who are lewd like that. Not only is it creepy, I actually feel violated and vulnerable and such situations are unpleasant, even scary, reminders of how women remain disproportionately vulnerable to sexual violence from men as opposed to men from women. Rape is probably one of the most severe ways that a man can corrupt and destroy a woman's autonomy and it's so disgusting, just to say the least. I don't know what the man from tonight would have done if there had been no one else around. I don't know what I would have done if he had followed me. This kind of attention from men is the kind that I definitely do NOT want.

Aside from those two nasty incidents, today was great. The Baths of Caracalla was a typical ancient ruins site, but the great thing about its nondescript-ness was that it was NOT crawling with tourists. I didn't have to push past ten million people at the entrance or queue to get a ticket. I went in, bought my ticket, had ample space to move around, took pictures and left. There was really not much to see, but I like such things so I enjoyed it. I was particularly impressed by how massive it was; I couldn't imagine what the original place must have been like.

I had lunch at a random bistro just outside the Metro station. I had a mixed salad - mushrooms, pasta salad with cheese and tomato, and some black rice thing. 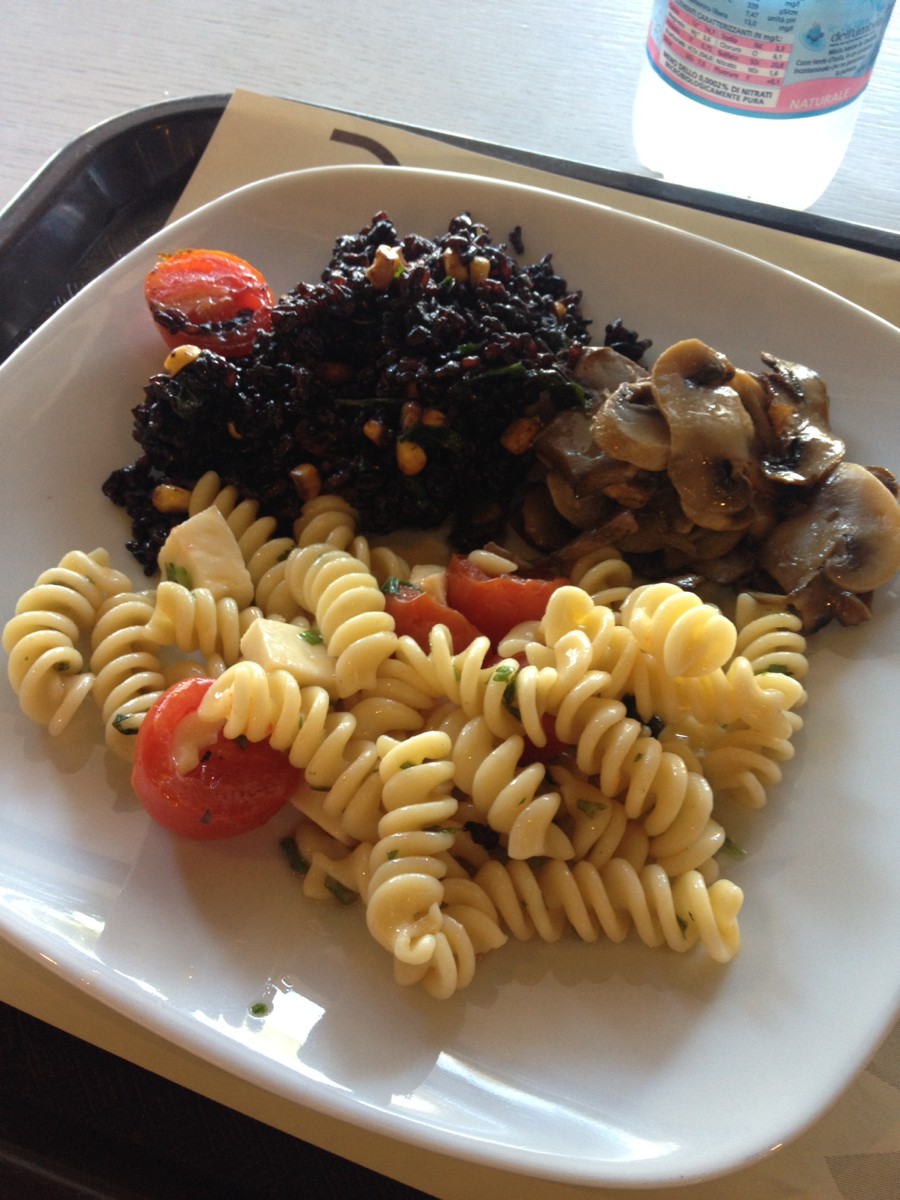 The rice was SO good. I had a gelato next door afterwards which was pretty decent.

I spent my entire afternoon at the Colosseum. I absolutely could not believe what I was seeing when I went up to the first floor and looked down at what used to be the stage and up at the rest of the structure. Its grandeur was so in-your-face, stunningly unapologetic, almost bordering on grandiose, especially if you know the history and stories about how much emperors spent on the exotic animals that were killed in the shows. It was phenomenal.

I paid 9 euros for a guided tour of the dungeons where the animals and slaves were kept and where the gladiators waited before their shows, as well as a tour of the third floor. The latter was not impressive; the only perk was that it was closed to the public and only accessible with a tour guide. The tour itself, though, was really good. It was definitely worth the money because I wouldn't have known any of what the guide told us if I had just walked around by myself, mostly because I have problems reading informational panels. Apart from how my attention span isn't long enough, the English here is a bit weird and sometimes sentences or phrasings don't really make sense. Granted, I didn't really understand some of what the guide said because of her Italian accent, but I got used to it after a while and I found it very informative. For example, I didn't know that the thumbs up/down thing depicted in Gladiator didn't exist and that the myth was sparked by a French painting. I also liked that she showed us pictures of how the Colosseum looked in its original form, as well as pictures of other amphitheatres to give us an idea of what certain parts of the Colosseum, long since destroyed, were supposed to look like. She also said that there is theory floating around that naval battles were staged in the Colosseum, but it's disputed because people haven't figured out how the water would have been drained, and that archaeologists didn't find any water proof materials. Or something. This theory sounds like a good idea for another rubbish Hollywood blockbuster shitfest. Like Gladiator. The guide referred to it a lot and always with uncontrolled disdain. She was particularly indignant when she said that emperors never fought as gladiators (referring to Commodus fighting Maximus at the end of the movie), but only as hunters. The real Commodus apparently killed 100 bears. He sounds like a jackass, if you want my opinion.

Anyway, that was that. I spent the rest of daylight at the Roman Forum and Palatine Hill. I saw some seriously whacked and pointless ruins on the Hill - ruins of some super ancient palace. They were really RUINS. It required too much of my imagination so I was bored and unimpressed, especially since Rome has so much more to offer in terms of those, such as the Forum which was pretty amazing. Alas, I was exhausted by that time, having walked pretty much non-stop since 1.30 for 4 hours, so I didn't enjoy it as much as I would otherwise have.

Also stumbled upon Capitol Hill or whatever. Then made the trip to this pizza place I read about on Guardian in an article about the places that taxi drivers eat in when I was researching for places to eat. It was very authentic and I liked it but it was not as good as I expected. I had a pizza with tomato, cheese and mushrooms. 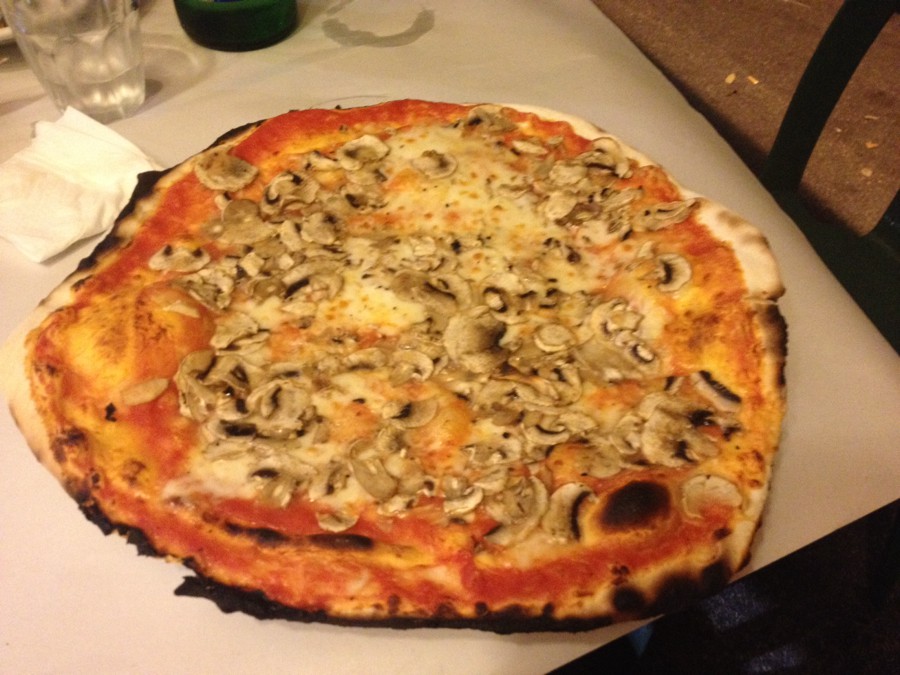 I'm tired. I decided to ditch the vatican stuff cos I don't care that much and I would rather walk around the city. I'm going to Travestere (?) on my last day since it's gonna rain tomorrow and I will take the chance to see what the whole fuss over the Pantheon and the rain is about.

Lastly, I just remembered that I can post pictures with this LJ app, so here's my pasta from yesterday: 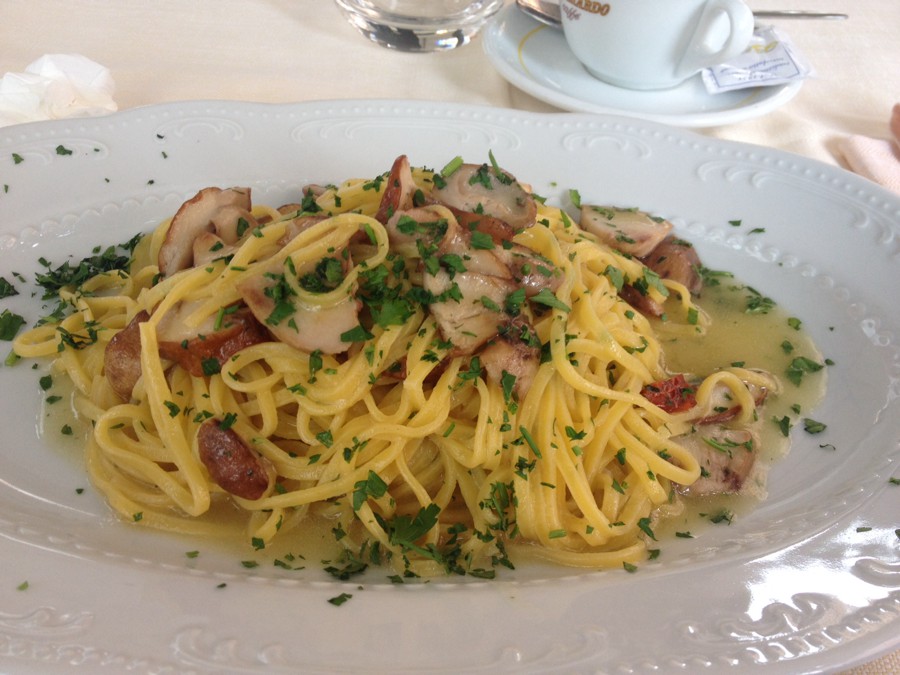 Definitely still the best meal I've had so far.